How to remove the paint smell of metal display tower

The main removal methods are as follows:

Physical adsorption: this method is more complex and will not be described for the time being.

Traditional method: fruit, tea covered with the smell. Advantages: it seems that the smell is small. Disadvantages: just cover up the smell of decoration with a kind of smell. The harmful gas still exists on the metal display tower all the time, and it has not been reduced much. It can be said that it is a drop in the bucket. So this method is recommended. However, the use of activated carbon colleagues to increase the humidity and temperature of the metal display tower itself can play a certain effect.

Negative ion method: according to research and application, it has been proved that crystal gypsum lamp has a natural anion diffusion function, which can effectively absorb formaldehyde and other harmful gases, remove the negative energy of other rocks and purify environmental energy.

In addition, we can also raise some plants, which can absorb harmful substances. 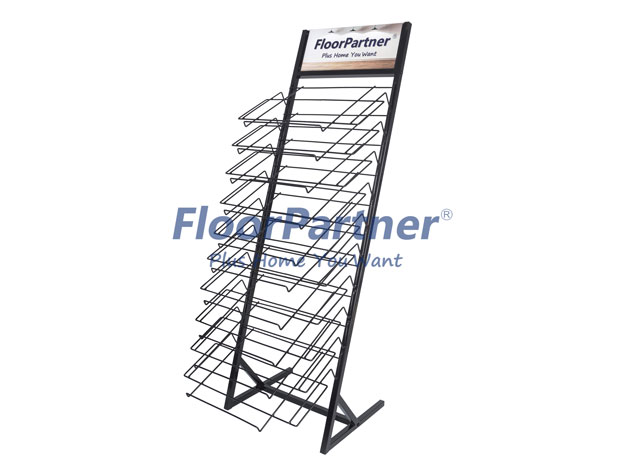 Knowing what the bad-smelling ingredients are, we can take targeted measures to make these odors disappear more quickly.

The components of the bad smell in the paint are tetramethyl benzene, Tianna water, polyester paint, and other chemicals. Most of the paint is composed of three basic substances, namely: organic polymer compounds such as natural resin, rosin, lacquer, tung oil, linseed oil, soybean oil, fish oil, synthetic resin, and other mixed ingredients, which are prepared by the high-temperature reaction, additives, and solvents: such as tetramethyl benzene, Tianna water, polyester paint contains formaldehyde, and metal-free DTI in curing agent, which can cause dizziness and vomiting in light.

Formaldehyde: formaldehyde is a colorless gas with a strong pungent smell. It has the characteristics of volatile and high toxicity. The formaldehyde aqueous solution with 35% - 40% is called formalin. Formaldehyde has a high toxicity. The relative density of gas is 1.067 (air = 1), and the density of liquid is 0.815 g / cm 3 (- 20 ℃). Melting point - 92 ℃, boiling point - 19. 5 ℃. Soluble in water and ethanol. The highest concentration of the aqueous solution can reach 55%, usually 40%. It is called formaldehyde water, commonly known as formalin. It is a colorless liquid with a pungent smell.